You are here: Home / Europe / Italy foreign minister: Migration crisis will last for a generation 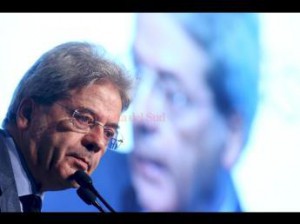 The mass inflow of asylum seekers and economic migrants from Africa and the Middle East is a challenge Europe will have to deal with for many years to come, Italy’s Foreign Minister Paolo Gentiloni warned in a dpa interview.

“Those who today are speaking of easy solutions may have some propaganda success in the short term, but I think citizens are sufficiently grown up and mature to understand that this will be a generation-long phenomenon,” the 60-year-old said.

“It is an illusion to think that it can disappear. The migration phenomenon exists and Europe must manage it together. The only other way is beggar-thy-neighbour solutions, where each country tries to dump the problem on their neighbour,” Gentiloni added.

The migration crisis has created deep rifts within the European Union over recent months as its members squabbled over the extent to which migrants should be welcomed and redistributed across the bloc.

A burden-sharing plan was finally agreed in September, which should see 160,000 refugees being relocated from Italy and Greece to other EU states. At the same time, it was agreed to toughen repatriation policies against economic migrants.

Gentiloni acknowledged slow progress on implementing such plans – less than 100 refugees have been moved out of Italy so far, and none from Greece – and said even bolder steps were needed in the future.

Italy’s top diplomat said unless rules limiting migrant movements across the EU – known as the Dublin regulations – are gradually removed, passport-free travel within the bloc’s Schengen area cannot have a long-term future.

“We respect the rules. But the longer we wait to go beyond Dublin, the more we risk the implosion of Schengen,” he said.

Looking ahead to an EU-Africa summit on migration, to be hosted in Malta on November 10-11, Gentiloni said Europeans would “put on the table more than 2 billion [euros]” (2.2 billion dollars) in aid to address poverty and other root causes of migration.

“Of course, it is going to take a long time,” Gentiloni said, recalling that it took Italy 10-15 years to stop migrant inflows from the Western Balkans. “The Malta conference is a stepping stone in a process that will take years.”

Gentiloni also backed EU efforts to rope in Turkey’s help to tackle the migration crisis and supported the idea that Ankara could in return be granted visa concessions and allowed fresh progress on EU accession talks.

But he warned against expecting Ankara to “turn off and on the migration tap” at the EU’s bidding.

He said Greece had been swamped with migrant arrivals from Turkey by factors beyond Ankara’s control, such as the worsening situation in war-torn Syria and cuts in funding for humanitarian organizations running Syrian refugee camps in Jordan and Lebanon.

Beyond migration, Gentiloni said the EU was facing the triple challenge of achieving greater economic growth, building closer economic and political ties between eurozone members, and finding a way to avoid Britain’s exit from the bloc.