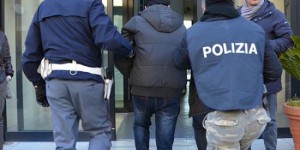 Italy has expelled 64 suspected Islamic extremists in 2015 and monitored 90 foreign fighters as part of stepped-up measures to prevent attacks on its soil.

He said the latest expulsion, on Monday, involved a 30-year-old Moroccan living in Bologna who allegedly backed the Islamic State group on social media.

Mr Alfano said such people are expelled when prosecutors do not have enough evidence to arrest them.

He said 18 of the 90 foreign fighters under surveillance had died overseas.

On immigration, Mr Alfano said 144,200 migrants had disembarked in Italy in 2015, all but 71 of them setting off from Libya.