You are here: Home / Mediterranean / Italy: Daesh has up to 5,000 fighters in Libya 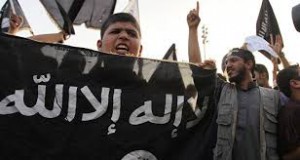 Italy’s foreign minister told parliament in Rome on Wednesday that Daesh has around 5,000 fighters in Libya with the capabilities of carrying out attacks in neighboring countries, AFP reported.

The estimated number of Daesh fighters in Libya put forth by Italy is at the high end of other recent estimates. Other Western leaders have already expressed alarm over the increased presence of the militant group in Libya.

“According to our analyses, there are today around 5,000 Daesh fighters in Libya,” Foreign Minister Paolo Gentiloni said.

“They are concentrated particularly in the area of (the city of) Sirte but from there they have the capacity to carry out dangerous incursions (into neighboring states),” he added.

Several deadly militant attacks have been carried out in Tunisia, including an attack on Monday on an army barracks and guard posts in border towns.

Tunisian security forces say they have killed 43 suspected militants in clashes since the recent attack.

Rome also recently authorized the US to launch drone strikes into the north African country from Sicily, in a move hinting at greater military involvement in Libya.

However, Gentiloni cautioned against a widespread military intervention, saying Italy would not go beyond having peacekeeping troops on the ground.

“Military interventions are not the solution,” Gentiloni added, recalling that “Libya is six times the size of Italy and has 200,000 armed men between the militias and the army.”