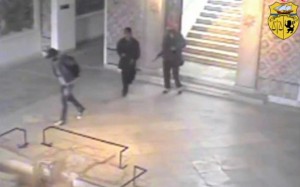 Italian police have arrested a Moroccan man suspected of taking part in the attack on the Bardo National Museum in Tunis in which 21 tourists were killed in March.

“A Moroccan national, wanted internationally, was arrested yesterday evening in a town in the Milan region. The Tunisian authorities suspect him of having taken part in the Bardo attack,” a police spokesman told AFP on Wednesday.

Four of the victims were Italian.