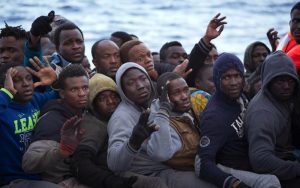 The charities saving migrants in the Mediterranean Sea are colluding with people-smugglers, according to Italian prosecutor Carmelo Zuccaro, like reported by neweurope.eu. He told that phone calls were being made from Libya to rescue vessels and rescuers were shining lamps to direct smugglers’ vessels and turning off transponders so boats could not be traced.

Italy is the main route for migrants trying to reach Europe. The United Nations refugee agency estimates that almost 1,000 people are thought to have drowned in waters between Libya and Italy this year.

Nearly 37,000 people have been rescued over the same period, a surge of more than 40% from last year, according to UN data.

“We have evidence that there are direct contacts between NGOs [non-governmental organisations] and people traffickers in Libya,” Zuccaro is quoted as saying in La Stampa.

In response, Chris Catrambone, who co-founded the Migrant Offshore Aid Station NGO to rescue migrants, told the Reuters news agency that “more would die if we weren’t there”.