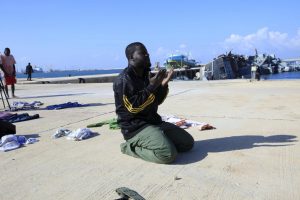 Italian police say they have found links between Islamic militants and a Somali-run migrant trafficking and money transfer ring that was busted in overnight raids in southern Italy, like reported by breitbart.com.

Police said the leader of the Bari-based ring had been in telephone contact with a Somali man arrested in Italy in July on suspicion of having helped two Islamic State foreign fighters enter Italy via Malta.

The dozen Somalis targeted in the raids Wednesday are accused of transporting migrants to northern Europe, including with false documents, and running a money transfer network.