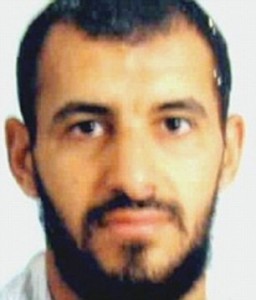 Fears that Islamic terror groups might be entering Europe on migrant boats appear to have been confirmed after police in Sicily identified a convicted terrorist among asylum seekers arriving from Libya.

The Tunisian, Ben Nasr Mehdi, was first arrested in Italy in November 2007 and sentenced to seven years for planning terror attacks for a group that has since been linked to Isis. After his release from the high-security Benevento prison in southern Italy, he was expelled from the country.

But it has emerged that he has attempted to enter Italy again, following his arrest last month by Italian authorities after arriving at the island of Lampedusa, off Sicily. He was among 200 migrants rescued at sea by a navy vessel on 4 October.

Despite giving a false name and claiming that he was seeking asylum in northern Europe to escape political persecution, finger prints revealed his true identity. He was held along with three other men, thought to be the human traffickers who had organised the trip, and interrogated by police in the Sicilian city of Agrigento.

Several days later Mehdi, 38, was repatriated, and put into the hands of Tunisian authorities. Local press reports suggest that authorities had attempted to conceal the incident to prevent panic.

Italy’s interior minister, Angelino Alfano, had previously insisted there was no evidence that Islamic terrorists were sneaking into Europe aboard migrant boats, despite warnings from right-of-centre politicians that the wave of migration from North Africa represented a serious security threat. Mr Alfano, has said however, that Italian security forces are constantly looking out for such a threat.

The interior ministry was not able to respond to The Independent’s request for comment. Italian authorities have said, however, they regard Mehdi as one of the most dangerous terrorists to have operated in Italy. He is considered to be an explosives expert and a contact for organisations that recruit jihadists from Syria, Iraq and Afghanistan.

Upon his arrest seven years ago, in Novellara, northern Italy, police said they had seized poisons, remote explosive detonators and manuals on guerrilla warfare. He was captured then along with 13 Algerians and Tunisians across Europe as part of an anti-terrorism operation led by Italian authorities. Medhi’s seven-year sentence, based largely on 25 wiretaps, was confirmed by the Reggio Emilia appeal court in 2011.

The operation was ordered by Milan prosecutors and targeted northern Italian cities as well as Britain, France and Portugal. Investigators said the group had been setting up “Salafist jihadi” militant cells that had recruited and assisted would-be suicide bombers in Iraq and Afghanistan.

A few days before his arrest, Mehdi, who was working as a bricklayer, was wiretapped talking to terrorists in Damascus, prosecutors said. The recording suggested he supplied them instructions and contacts, thus indicating his senior role in the organisation. Italian prosecutors said that Mehdi’s principal terror activity was organising attacks in the Middle East.

In May this year, however, an adviser to the Libyan government based in Tobruk told the BBC that Isis fighters were being smuggled into Europe by gangs in the Mediterranean. The official, Abdul Basit Haroun, based his claim on conversations with smugglers in parts of North Africa controlled by militants. Some senior military officials, including Nato Secretary-General Jens Stoltenberg, have expressed similar fears.