You are here: Home / Africa / ISWAP: use Al-Barnawi’s death to end insurgency in West Africa 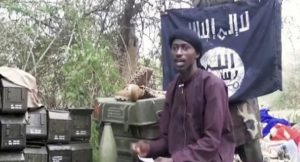 The report last week of the death of leader of Islamic State of West Africa Province (ISWAP), Abu Musab Al-Barnawi, brought relief to many Nigerians, particularly those in the Northeast region who have had to live through unspeakable destruction of lives and livelihoods by the insurgent group over the past 12 years. Al-Barnawi was the son of Boko Haram founder, Mohammed Yusuf, who was extra-judiciously killed while under arrest by security forces in 2009, like reported by dailytrust.com.

In 2015, Abubakar Shekau, who had then taken over the leadership of Boko Haram after the death of Mohammed Yusuf, publicly offered allegiance to Islamic State (IS), a larger terrorist organisation that had sprung up in the wake of US attack on Iraq in 2003. However, by 2016, ISIS itself announced Al-Barnawi, not Shekau, as the leader of its West African affiliate of Boko Haram. With this, the Boko Haram movement in Nigeria splintered into three – ISWAP led by Al-Barnawi, Jama’atu Ahl as-Sunnah li-Da’awati wal-Jihad (JASDJ) led by Shekau and Ansaru, which also has its own separate leadership and operational pattern.

As representative of ISIS, Al-Barnawi launched several vicious attacks on Nigerian military facilities and troops in the Lake Chad region. He also reportedly controlled large swathes of territory in northern Borno, imposed taxes on the local population and earned incomes from fishing, aside from the reported financial and material support he got from ISIS. While a version said Al-Barnawi was killed by Nigerian troops, the other said he was ambushed and killed during a battle of supremacy among the top commanders of Boko Haram/ISWAP in August 2021.

The death of Al-Barnawi in August, coming barely three months after that of Shekau in May 2021, is indeed a turning point in Nigeria’s war against terror, as the two known major leaders of the terrorist groups are now gone. Indeed, significant success has been recorded in the fight since the death of Shekau, while over 3000 insurgents have reportedly surrendered to Nigerian troops.

We commend our military personnel for their gallant efforts. We note, however, that all of these recent developments—the killing of the leaders of the groups, the in-fighting between the groups, and the open surrender and desertion by many of their members—offer Nigeria a rare window of opportunity for bringing this long-running and deadly insurgency to an end, before a new set of leaders emerged within the groups. This is the time to consolidate on the gains of recent months.

This war has already raged on for far too long. Already, the North East and the entire country have lost too much to the crisis, both in terms of human and material resources. Only this week, UNICEF released a report which stated that over 300,000 children have died, both directly and indirectly, due to the crisis, including “children killed in crossfires, Improvised Explosive Devices (IEDs), children used as suicide bombers, children killed by malnutrition among others”. This does not include adults killed, which also number in the tens of thousands, according to analysts.

Moreover, millions of people have been displaced, livelihoods disrupted and property worth billions of naira also destroyed, leading to the impoverishment of many Nigerians in the region. The activities of the terrorists are indeed inimical to the corporate existence of Nigeria. With the immediate vacuum created by the deaths of the leaders, the federal government should explore all options to bring this crisis to an end. This opportunity cannot be mismanaged. The federal government needs to reassess the war, come up with new strategies while maintaining those that are already helping in the fight.

Equally significant, the government should start thinking of massive reconstruction of the North East so that people in the area can begin to have their lives back. The consensus of most expert observers of this insurgency is that while extreme poverty in the region may not have been the direct cause of the conflict, it played a significant part in worsening it. Jobless youths became easy prey for recruitment into the ranks of the insurgents. Also, while the ideology of Boko Haram already stands discredited among many Nigerian Muslims, the government must also intensify efforts towards delegitimizing what the group preaches.

Massive reconstruction of the region and rebuilding the lives of the people, as well as efforts to create awareness over the dangers of Boko Haram ideology, should also form part of this final push to bring this crisis to a close. The recent developments have raised the hope of Nigerians that we are near the end of this crisis. That hope must not be dashed.