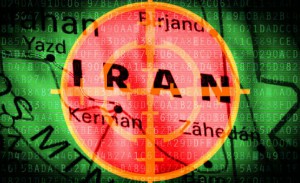 Israel had right from the beginning opposed Iran and 5+1 nuclear talks to settle the Iranian nuclear issue and after the agreement between two sides, the Jewish state is using its lobby in Washington to get it rejected from the US Congress.

At the same time Israeli Defence Minister has issued a veiled threat against Iranian nuclear scientists saying that Tel Aviv had a right to defend itself and that it was not responsible for their lives. The Israeli threat is bound to aggravate situation in the already volatile Middle East region and there is a possibility that it may scuttle the nuclear agreement.

Of course every country has a legitimate right to plan for the defence of its territory but to achieve this objective through a pre-emptive strike against a sovereign State is against all international norms. The US under former President Bush had propounded theories of pre-emptive strikes and regimes change, which were reflective of jungle rule and were condemned by the civilized world.

In the given scenario, anything can be expected from Israel because in 1981, the Israelis bombed and destroyed a French built Iraqi nuclear plant at Osirak near Baghdad. The French atomic industry at that time said the 70-megawatt uranium-powered reactor had not been stocked with nuclear fuel. Iraq also denied that the reactor was destined to produce nuclear weapons but it did no react to the Israeli attack as then President Saddam Hussain did not have required military power to counter the aggression.

The situation in case of Iran is different and therefore the Israeli warning should be taken very seriously and particularly so because in the past Iranian nuclear scientists were kidnapped and killed. In our view the US should rein in Israel and UN should take notice of the threat because it has all the danger of greatly destabilising the region in to a hell.