You are here: Home / Europe / Israeli anti-terror Intel ‘saving so many European lives’ 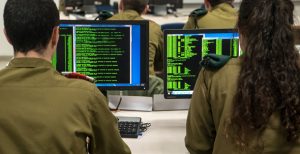 Israeli intelligence is being used right across Europe in the day-to-day fight against Islamic terrorism and “it is time that Europe understood this,” Prime Minister Benjamin Netanyahu said according to breitbart.com.

Mr. Netanyahu made his observation as he rounded off his historic four-day visit to Lithuania. He did so as he thanked the country for its support in various European Union (EU) forums, where he said the Jewish state is badly misunderstood. Mr. Netanyahu was joined by Lithuanian Foreign Minister Linas Linkevičius, who he called a “great friend.”

“I want to thank you Linas for standing up for Israel and the truth in European forums, for telling your colleagues the service that Israel performs in saving so many European lives by our resourceful and brave intelligence people. We have saved so many European lives in so many countries. Israel in many ways is the defender of Europe and it’s time that Europe understood this,” he said.

This is not the first time a public light has been shone on the dark world of counter-espionage and Israel’s work helping Europe prevent Islamic terror attacks.

“We have, through our intelligence services, provided information that has stopped several dozen major terrorist attacks, many of them in European countries,” the Israeli leader told an audience of NATO foreign diplomats in Jerusalem.

“Some of these could have been mass attacks, of the worst kind that you have experienced on the soil of Europe and even worse, because they involve civil aviation. Israel has prevented that, and thereby helped save many European lives,” Mr. Netanyahu said, in an apparent reference to hijacked aircraft.

The prime minister told the group of NATO ambassadors that the world was being threatened by both Sunni and Shiite groups, the Islamic State and Iran-backed groups respectively. He added that Israel was helping every single member of NATO in fighting those radical Islamic terror groups.