You are here: Home / MidEastGulf / Israel to provide Russia with intelligence about Syrian opposition 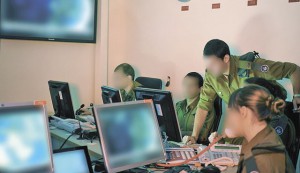 The Israeli network said that a senior delegation of Russian army officials will arrive in Israel on Tuesday to coordinate the military cooperation.

The delegation will be led by First Deputy Chief of General Staff General Nikolai Bogdanovsky, who will meet his Israeli counterpart, Major-General Yair Golan as well as senior officials in Israeli military intelligence, the air force and the Mossad.

According to the media report, Israel will submit more requests to the Russians in exchange for “attractive” offers to facilitate the Russian army’s military operations in Syria.

It also revealed that Netanyahu and Putin have agreed on several issue in principle, including a Russian pledge to stop the flow of weapons from Syria to Hezbollah, as well as to allow the Israeli air force to carry out operations freely in Syria, even in areas where the Russian army is stationed on the Syrian coast.

Senior officers in the Russian and Israeli air forces will discuss the mechanisms for the coordination of Israeli overflights of Syrian airspace to avoid any conflict with Russian aircraft on operations against opposition groups.

Israel is likely to request Russia to coordinate its moves in the Mediterranean in a manner that does not affect Israeli submarines gathering intelligence about Lebanon and Syria.

Another report by Israel Radio on Sunday claimed that Tel Aviv will provide vital intelligence to the Russians in a bid to reduce Iranian influence in Syria.

Meanwhile, Israel’s former Foreign Minister, Tzipi Livni, has called for direct cooperation with Iran and Hezbollah in order to protect Israeli interests. Maariv newspaper quoted Livni as saying on Friday, “Netanyahu must understand that the world looks at Iran and Hezbollah as legitimate partners in the confrontation against Daesh.”

She warned that Tel Aviv’s geostrategic position will be hurt if the Israeli leadership does not realise what must be done do to influence the shifts in the balance of power in Syria.