You are here: Home / Mediterranean / Israel to coordinate with Google, YouTube to censor Palestinian conflict videos 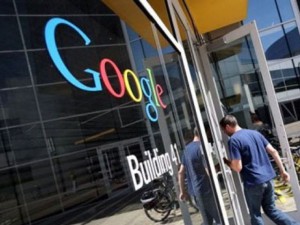 Israel’s Deputy Foreign Minister Tzipi Hotovely has reportedly met with representatives of YouTube and Google in order to establish a joint working mechanism to monitor and prevent the publication of “inflammatory material” originating in the Palestinian territories.

Israel’s local daily, Maariv, reported that the foreign minister wants to discuss ways to cooperate in what she calls the fight against “inciting violence and terrorism.”

“The videos depict recent terrorist attacks, praise the assailants and present Jews and Israelis in a hateful and racist manner, and since their publishing, three more attacks have taken place so far,” an excerpt from a letter sent to Google Israel said.

Foreign Ministry spokesperson Emmanuel Nahshon said contact had also been made with Facebook with the same message.

According to Maariv, the Israeli minister agreed to work with Google and YouTube in order to institute a joint working mechanism to monitor and prevent the publication of ‘inflammatory material’ in the Palestinian territories.

Since the latest intensification of violence between Palestinians and Israeli security services, many people have been sharing videos depicting Israeli aggression towards Palestinians to bring into focus the Palestinian viewpoint of the conflict.

A London-based newspaper has expressed concerns that the meetings indicate moves towards stifling Palestinian voice on the media by the Israeli state, which has very serious implications. Many journalists have spoken against such initiatives, saying it is a direct assault on the Freedom of the Press.

Further, Germany has strongly criticised Israel’s plans to push ahead with the building of hundreds of new settlements in East Jerusalem, saying it would undermine efforts to peacefully resolve the conflict between Israelis and Palestinians.

Israeli Prime Minister Benjamin Netanyahu approved the marketing of land for the construction of 454 homes in two East Jerusalem settlements on Tuesday, an official said, including in Ramat Shlomo, territory Palestinians want for a future state.