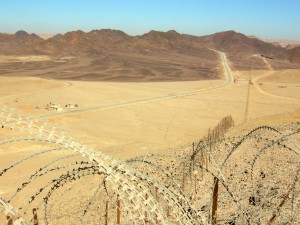 An Israeli army spokesman has threatened to attack a Daesh-linked group based in Egypt’s Sinai Peninsula.

“If the ‘Province of Sinai’ tried to target our citizens, we should hit it forcefully and resolutely,” Avichai Adraee, the army’s Arabic spokesman, wrote on his Facebook page on Wednesday.

Active in the northern Sinai Peninsula, Province of Sinai, formerly known as “Ansar Beit al-Maqdis,” acquired its name after swearing allegiance to Daesh.

The group has claimed responsibility for several attacks against Egyptian police and army personnel in the restive peninsula, which left scores of soldiers dead.

Earlier this month, the Daesh-linked group claimed responsibility for a rocket attack from Sinai into southern Israel.

The group said the attack came in retaliation for Israel’s support for the Egyptian army.

Adraee quoted an army commander as saying during a command handover ceremony that the “threat of terrorism was rising from Sinai.”

On Monday, the Israeli army launched a large-scale military drill to test the army’s ability to rapidly transition itself from routine activities to an emergency war footing.

Thousands of troops are participating in the drill, which tests response to possible attacks from Syria, Lebanon and the Gaza Strip.

For the last two years, Egyptian security forces have waged a fierce campaign against militants in northern Sinai, which shares borders with both Israel and the blockaded Gaza Strip.