You are here: Home / Mediterranean / Israel targets Hamas base after gunfire from Gaza 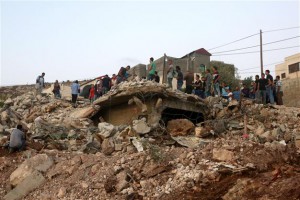 The Israeli military said Sept. 3 its air force had attacked a Hamas military position in the Gaza Strip overnight from which gunfire had hit homes in southern Israel.

Shots from Gaza had on Wednesday hit a number of houses in Netiv Haasara, just north of the Palestinian enclave, causing damage but no casualties, it said in a statement.

“In response to the shooting, an IAF (Israel air force) aircraft targeted a Hamas military post in the northern Gaza Strip, from where the shots were fired,” it read.

The army could not say whether the shots from Gaza had been deliberate or stray fire from the Hamas position, identified in Israeli media as a training base.