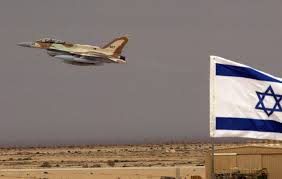 Israeli media reported about clashes between Israeli troops and the terrorists on the Israeli-Syrian border.
According to media, citing a military source that in response to attack on Israeli servicemen, IDF carried out an airstrike against the Khalid ibn al-Walid Army extremists, previously known as the Yarmouk Martyrs’ Brigade, and destroyed a truck with “some sort of machine gun on top” carrying four militants.

The Yarmouk Martyrs Brigade was formed in 2012 and has been responsible for attacks in Syria and along the Israeli and Jordanian borders, according to the US Department of State. The group has also pledged allegiance to Daesh, which is outlawed in many countries, including Russia and the United States.