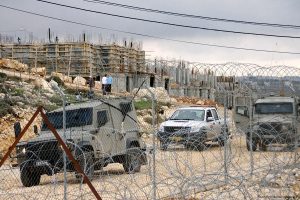 Israel has sent military reinforcements to its borders with Syria and Lebanon, Quds Press reported.

Reporting the Israeli TV Channel 10, the news site said the decision came after the field development on the borders. No more details were given.

On Saturday, the Israeli occupation’s air forces launched a series of strikes in Syria in response after one of its F-16 fighter jets was shot down in Syrian airspace.

Syrian anti-aircraft fire downed the F-16 as it returned from a bombing raid on Iran-backed positions in Syria early on Saturday.

According to a statement by the Israeli occupation army, the two Israeli pilots ejected prior to the explosion. Reports said that one of the pilots suffered serious wounds.