You are here: Home / MidEastGulf / Israel reportedly strikes near Damascus 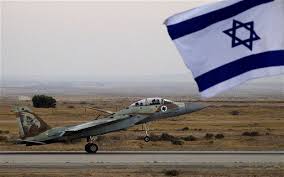 The raid, reported by Israel’s Channel 2 citing Arab media sources, reportedly targeted a convoy loaded with missiles after it had left an army base.

Israel has been reported to have struck occasionally in Syria in the course of that country’s years-long civil war. Earlier this week, Israeli Prime Minister Benjamin Netanyahu confirmed that the Israel Defense Forces are active in Syria “from time to time,” specifically to prevent the transfer of weapons to Lebanon.