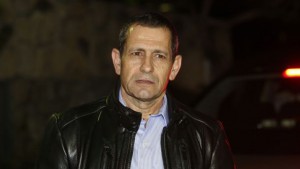 Shin Bet veteran Nadav Argaman is to be appointed as the next chief of Israel’s domestic security service.

Mr Argaman, 55, who joined the Shin Bet straight from the IDF, where he was a special-forces officer, spent most of his 33-year career in the organisation’s operational division, which he led.

He resume includes also four years in charge of security of all Israeli institutions in North America, and a year on secondment to the Israeli Atomic Energy Agency.

He served two periods as deputy chief and was widely regarded as the only serious candidate for the top role from within the organisation.

Unlike previous appointments to the leadership of Israel’s main security and intelligence organisations, this appointment by Prime Minister Benjamin Netanyahu was relatively straight-forward and was not dragged out until the last moment.

As the next Shin Bet Chief, Mr Argaman will have to deal with the rise in terror attacks, mainly carried out by Palestinian individuals with no previous terror affiliation; the growing attempts by Daesh to recruit and carry out attacks in Israel; and the increasing threat of cyber-attacks.