You are here: Home / MidEastGulf / Israel monitors Syrian opposition ahead of plans to target it 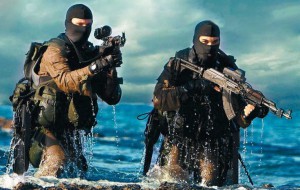 A senior Israeli military leader has revealed that the Israeli army’s leadership has been monitoring the performance of the armed Syrian opposition to prepare for potential future confrontation with it, Arabi21 reported AFP saying yesterday.

On Monday, Israeli newspaper Makor Rishon reported Coordinator of Government Activities at the Territories, Major General Yoav Mordechai, as saying: “The conflicting forces in Syria acquired much fighting expertise and this is a big challenge for the Israeli army in a potential future confrontation.”

Mordechai noted that the different commissions of the Israeli army and the intelligence and field leadership are getting ready to the next phase in Syria, after Bashar Al-Assad is removed from power.

The Israeli army recently formed a new unit to deal with Sunni Islamist groups in Syria and this unit is being trained to carry out missions outside Israel.

On 17 July, Israeli newspaper Haaretz revealed that the Israeli Defence Minister Moshe Ya’alon called for the preparation of missions in Syria once the Assad regime has collapsed. He also called for preparing to carry out missions in Jordan.

Meanwhile, the former commander of the Israeli air force, General David Ibri, said: “The international operations against Daesh and the jihadist groups in Syria will not succeed to destroy these organisations.”

He told Israel Defence magazine that the jihadists in Syria learnt how to exist with the outcomes of the airstrikes, claiming that all indications prove that the international coalition is aiming to undermine the expansion of these organisations only by depleting them.

Ibri noted that the Syrian army is not really on the ground, but it is mainly depending on Hezbollah and Iranian forces.

Meanwhile, the jihadists’ self-esteem has increased due to their ability to face Syrian regime forces and the international coalition’s attacks, he explained.