You are here: Home / Mediterranean / Israel kills group of terrorists placing mine on northern border 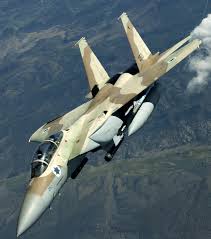 Israeli forces struck and killed a group of people placing a bomb on the border between Israel and Syria Sunday night, the Israeli army said.

The IDF said three or four people were killed by an air force craft after they crossed into Israeli territory with an explosive device.

The army said the cell contained four people who were “identified while clearly laying a mine and were shot by an IAF aircraft.”

Initial reports indicated the strike came near the Golan Heights town of Majdal Shams, on the slopes of Mount Hermon.

“The IDF will not tolerate any attempt to attack or interrupt Israeli sovereignty,” the army said in a statement.

The incident occurred at approximately 9:30 p.m. Sunday when an IDF lookout spotted four figures approaching the northern border with Syria holding an explosive device, according to the IDF spokesperson.

The group was killed while in Israeli territory, though on the Syrian side of the border fence.

The attempted bombing may have been a bid by Lebanese terror group Hezbollah to avenge a reported Israeli attack on several targets in Syria and Lebanon last week.

“We know how to reach it [Hezbollah] and those who direct it, at any time and any place,” Ya’alon said in a speech at military headquarters in Tel Aviv. “We will not allow Hezbollah to establish a terror infrastructure on our borders with Syria, and we know how to lay our hands on anyone who threatens Israeli citizens, along our borders or even far from them.”

Hezbollah has been known to be operating along the Syrian border with Israel on the Golan.

There was no immediate response from Hezbollah or authorities in Syria or Lebanon.

The northern border has seen a number of flare-ups over the past years, including an attack on an Israeli convoy in January that left two soldiers dead.

That attack came in response to a reported Israeli strike on a group of Hezbollah and Iranian operatives in the Syrian Golan.

The group had reportedly been planning to set up a base for attacks against Israel in the area before the strike.