You are here: Home / MidEastGulf / Israel issues own report on 2014 Gaza conflict 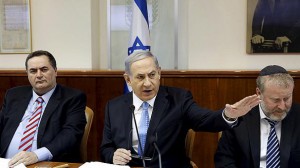 The Israeli government has issued a report into last year’s war in Gaza which says its military did the utmost to avoid civilian casualties.

The 2014 conflict left at least 2,000 Palestinians and 67 Israeli soldiers dead according to UN figures which is due to publish its own report this week.

“If someone wants to know the truth he should read our report . Whoever wants a baseless, automatic accusation against Israel can waste their time reading the UN report,” he said.

Israel says Gaza’s Hamas rulers were responsible for the civilian casualties because it launched rocket attacks from residential areas. Hamas has rejected the report.

“This document is the Israeli occupation’s attempt to exonerate itself from its crimes in Gaza,” said Hamas spokesperson Sami Abu Zuhri, “It’s an Israeli attempt to control the international narrative in anticipation of the report that the (UN) Human Rights Council is issuing.”

The council says its inquiry will cover “all violations of international humanitarian law” committed by both sides during the Gaza conflict.

The battle for the moral high ground comes as Israel ended its probe into last year’s killing of four Palestinian boys in an airstrike on a Gaza beach. It judged it was a case of mistaken identity and does not warrant criminal charges.

The boys were playing football on the beach but for some reason had run into an area the Israeli air forced claims was “used exclusively by militants” and failed to identify them as children.

Witnessed by several foreign journalists The attack at the time fueled censure abroad of Israel’s assault on the Hamas-run enclave.