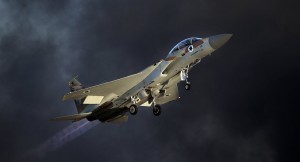 On Sunday, IDF reported a missile attack on an open area in southern Israel, adding that it brought no injuries.

The Israeli government has repeatedly accused the Palestinian Hamas movement, classified by the country as a terrorist group, of attacking Israel from the occupied Palestinian territories of the West Bank and the Gaza Strip.

Palestinians seek recognition of their independent state on the territories of the West Bank and the Gaza Strip, which were seized by Israel during the 1967 Six-Day War.