You are here: Home / MidEastGulf / Israel-Hezbollah war could bring in Iran 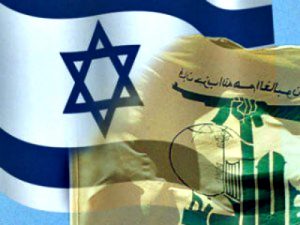 A top Trump administration intelligence official warned on Tuesday of the “real potential” of war between Israel and Hezbollah that could bring in Iran and embroil the region in conflict, JTAreported.

“I worry about the prospect of real major state war in the Near East region,” David Cattler, the national intelligence manager for the Near East in the Office of the Director of National Intelligence, told a Washington think tank.

“What if a war between Israel and Lebanese Hezbollah that emerges is not solely between them but becomes a northern war that embroils more of the Levant in that?” Cattler asked. “What if Iran becomes a party to that war more directly and overtly rather than clandestinely or covertly, and that becomes a conflict that doesn’t just embroil Israel and potentially us by extension but also many of our other allies in the region?

“It is a real potential that’s out there,” he continued.

Israel has warned in recent months that Iran is expanding its control across the Middle East through proxy forces in Syria, Lebanon, Iraq, and Yemen.

Cattler, speaking to the Washington Institute for Near East Policy, outlined the successes of the U.S.-led effort to defeat the Islamic State (ISIS) terrorist group in Syria and Iraq — but also the dangers it posed.

“The fight against ISIS is not a traditional, binary conflict,” he said, according to JTA.

“The United States, Iran, Hezbollah and Russia are all combating ISIS. We are fighting the same enemy as our adversaries. As such, they too will likely reap the benefits of a ‘peace dividend.’ Iran and its proxy Lebanese Hezbollah are also potential beneficiaries who can now expend resources and attention elsewhere,” added Cattler, who quoted President Donald Trump last year when he identified Iran as the main source of destabilization in the region.

United Nations Secretary-General Antonio Guterres recently said that a direct confrontation between Israel and Hezbollah would be his “worst nightmare.

“I am deeply worried about hard-to-foresee escalations in the whole region,” Guterres said, adding, “The worst nightmare would be if there is a direct confrontation between Israel and Hezbollah…the level of destruction in Lebanon would be absolutely devastating, so there are major points of concern around this situation.”