You are here: Home / Mediterranean / Israel deploys troops across the country 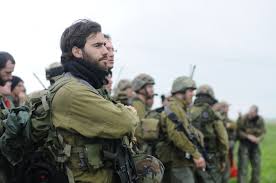 Israel on Wednesday began deploying more soldiers to support police in cities across the country in an effort to tighten security after weeks of violence among Israelis and Palestinians which has left more than 30 dead and hundreds injured.

The Israeli army said six companies, made up of hundreds of soldiers, would join police forces after a government security cabinet decision late Tuesday approved additional steps to bolster security throughout the country.

The moves included imposing a closure on parts of East Jerusalem, the recruitment of 300 security guards for public transport and the revocation of residency rights of those committing serious crimes, according to a statement issued by the Israeli government.

Israeli Prime Minister Benjamin Netanyahu will again convene a security cabinet on Wednesday afternoon to address the security situation, in particular the question of how best to tackle the incitement of violence among Palestinian youths, the government said.

The additional security measures came after a flurry of stabbing and shooting attacks across Israel on Tuesday morning when three Israelis were killed in one of the bloodiest days in weeks of unrest.

Seven Israelis have been killed and dozens wounded in a shooting, a stoning and stabbings since late last month.

At least 27 Palestinians been killed by Israeli gunfire, including 10 identified by Israel as attackers and the rest in clashes between stone-throwers and Israeli troops.

The prolonged period and nature of the violence has raised fears of a wider Palestinian uprising, or intifada. The first Palestinian intifada erupted in 1987 and the second in 2000 after tensions flared at the Temple Mount, or Noble Sanctuary, a holy site to both Jews and Muslims in Jerusalem’s Old City that has been at the center unrest in recent weeks.

U.S. Secretary of State John Kerry condemned the killings on Tuesday and the wider unrest. He has made separate telephone calls in recent days to Mr. Netanyahu and Palestinian Authority president Abbas, urging both leaders do all they could to stop the assaults.

Hamas, the political party that governs Gaza, issued a statement on Wednesday in response to Mr. Kerry, condemning him for failing to mention Palestinian victims.

Mr. Netanyahu had already been increasing security in and around Jerusalem. On Sunday, he ordered more than 1,000 border police to Jerusalem to meet the threat of further attacks on Israeli citizens. Last month he also gave officers greater leeway in firing at Palestinians throwing stones, who now face stiffer prison sentences.

The attacks by Palestinians appear uncoordinated and the work of lone assailants. But Israelis have contested that Palestinian leaders are inciting young people to become terrorists and aren’t doing enough to calm the situation.

Palestinian officials, meanwhile, have said disaffection with military occupation among the youth is the cause of the attacks.