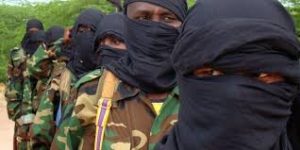 Three Kenyans and two Somalis linked to the Dadaab refugee camp in northeastern Garissa County carried out the January attack claimed by Al-Shabaab on the DusitD2 hotel complex in Nairobi, according to United Nations experts, like reported by theeastafrican.co.ke.

A fourth Kenyan citizen based in Mandera County served as “a key financing link between al-Shabaab in Somalia and the attacking cell in Kenya,” adds a report by the UN experts released on November 12.

The findings lend some substance to Shabaab’s claim in June that it has recruited “an army of fighters from the Kenyan population itself.”

The Dusit attack also highlights what the UN experts describe as “a newly observed dimension of al-Shabaab’s recruitment strategy.”

“The possession of criminal skills, including knowledge of evading law enforcement, are privileged over ideology or affiliation with certain mosques or religious networks,” report says.

Ali Salim Gichunge, born in Isiolo in 1995, is named as the organiser and coordinator of the Dusit attack which left 26 people dead, including a suicide bomber and four gunmen.