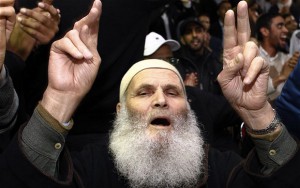 Morocco’s Islamist party dominated this North African kingdom’s urban areas in local elections, but lost out in total seats to a party created by an associate of the king, according to preliminary results announced early Saturday.

The elections were seen as an important test of the popularity of the Islamist-led government which came to power after the pro-democracy demonstrations of the 2011 Arab Spring.

The councils manage local affairs in conjunction with state-appointed officials and are being strengthened under a new government policy of regionalization.

Some 30,000 local council seats and 700 regional council seats were contested by more than 140,000 candidates from at least 30 parties. The ministry reported a turnout of 52 percent.

The party was created in 2008 by one of the king’s counselors and it dominated local elections the following year.

It fared poorly, however, in the 2011 parliamentary elections amid Arab Spring-inspired calls for reform. Those elections were dominated by the Islamist opposition party that went on to form a government.

The Islamist Party for Justice and Development took 17 percent of the seats, winning control of councils in the main cities of Casablanca, Tangiers, Rabat, Fez and Agadir.

Unlike their counterparts elsewhere around the region, Morocco’s Islamists have played down religious issues in their campaigns and preferred to focus on combatting corruption and unemployment.

The party, and its charismatic leader Abdelilah Benkirane, have preserved their popularity despite implementing austerity measures and cutting energy subsidies in order to reduce the budget deficit.