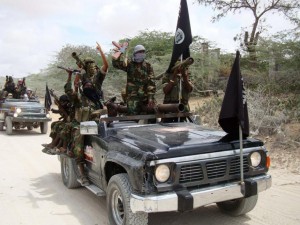 War torn country of Somalia has made great progress after decades of conflict and violence, a new UN report has said.

But the report noted that freedom of expression, which plays a central role in the building of democratic states especially in times of political transformation, continues to be significantly limited.

“Despite the vibrant media culture in Somalia – which hosts more than 90 media outlets and scores of websites and blogs – numerous violations aimed at journalists and political leaders are documented in the report, including killings, attacks, arbitrary arrests and detention, intimidation, harassment, closure of media outlets, confiscation of equipment and blocking of websites,” the report released on Sunday says.

It stated that between August 2012 and June 2016, a total of 30 journalists and 18 parliamentarians have been killed in Somalia.

The report also documents 120 cases of arbitrary arrest and detention of media workers between January 2014 and July 2016.

Al Shabaab has prohibited all media to operate in areas under its control and has been targeting media workers across the country.

The report said federal and state-level security forces, including the National Army, the Police and the National Intelligence and Security Agency, are also among perpetrators of violations against media workers and political activists.

Radio Shabelle has been repeatedly targeted, with five serious incidents between 2013 and 2015.

The report states that the authorities have made very limited efforts to investigate and prosecute such violations.

According to the report produced jointly by the UN Assistance Mission in Somalia and the Office of the UN High Commissioner for Human Rights, Somalis have been able to play a role in the State formation process, due to the organisation of nationwide consultations.

The report says that although the organisation of universal elections had to be postponed to 2020, the electoral process is already much more participatory.

However women remain seriously under represented, holding only 14 per cent of the seats in the Federal Parliament.

“Women competing for seats are particularly vulnerable,” the report says, noting “the predominance of the role of the clan elders in public affairs represents the main obstacle to women’s participation,” and the strong discrimination women face in all areas of their life.

“They need and deserve accountable institutions. We are encouraged by the fact that federal and state governments are taking the report seriously. We understand that the relevant agencies are reviewing its contents and recommendations. We hope that it will prompt measures that will improve their performance and result in greater enjoyment of human rights by all Somalis,” he said.