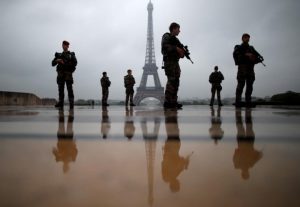 The French parliament on Thursday voted to extend the state of emergency until Nov.1, a measure first imposed after Islamist suicide bombers and gunmen killed 130 people in coordinated attacks on Paris in late 2015, like reported by reuters.com.

Lawmakers across the political divide supported the extension except those from Jean-Luc Melenchon’s hard-left France Unbowed party and the Communist party, which both deem the emergency rule dangerous for civil liberties.

“Freedom and security are not mutually exclusive,” Interior Minister Gerard Collomb told parliament. “When you strengthen security, you don’t take away civil liberties, you preserve them, and sometimes you enhance them.”

France, whose forces are part of the U.S.-led coalition fighting Islamic State in Iraq and Syria, has been beset by a wave of Islamist militant attacks since early 2015, nearly all of which have been carried out by Islamic State loyalists or individuals inspired by the group.

Nonetheless, human rights groups have criticised the state of emergency, saying it tramples on individuals’ rights and erodes the rule of law.

The emergency regime allows police to search homes and arrest people without prior consent from judges. It also allows them to tap computer and phone communications more freely.

The French government has presented a draft counter-terrorism bill that President Emmanuel Macron, elected in May, wants to replace the temporary emergency powers.

The bill, which rights groups have also criticised, envisages extending police powers to stop and search people or conduct house searches and would also give officials more discretion in deciding when to invoke a risk of terrorism as justification for curbs on freedoms.