You are here: Home / Senza categoria / Islamist terrorism will remain a threat for the next 30 years 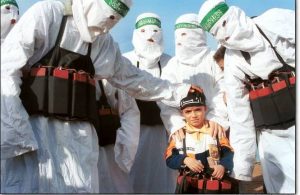 Islamist terrorism will remain a threat for another 20 or 30 years, a former head of MI5 has predicted, like reported by uk.news.yahoo.com .

Jonathan Evans said the Westminster Bridge attack earlier this year may have had an energising effect on extremists and he was “surprised” terrorists had not used a dirty bomb in an attack on the UK.

Lord Evans, who retired from the Security Service in 2013, told BBC Radio 4’s Today programme: “We’re at least 20 years into this, my guess is that we will still be dealing with the long tail in another 20 years time – I think this is genuinely a generational problem.

“I think that we are going to be facing 20 or 30 years of terrorist threats and therefore we need absolutely critically to persevere.”

He said the use of a dirty bomb to attack the UK seemed a “clear opportunity” though it was “very, very good news” that that had not happened.

“We have seen the use of chemical weapons in Iraq and Syria and in principle there is the risk that those could also be used in the West and in the UK, and I absolutely feel that we should be alert to that,” he said.

“There have been a number of measures taken, of course, to try to limit our vulnerability to radioactive devices and so on in the UK but there is still a vulnerability and it could happen.”

Lord Evans said the London bombings in July 2005 triggered an “energising effect on the extremist networks in the UK”, and there was likely to be similar feeling following the Westminster Bridge attack earlier this year.

“We did see a huge upsurge in threat intelligence after 7 July and I suspect that there’s the same sort of feeling in the period after the Westminster Bridge attack – that a lot of people who thought ‘I’d like to do this’ suddenly decided ‘yep, if they can do it, then I can do it’.”

Since the atrocity in March, there have been further terror attacks in Manchester, London Bridge and Finsbury Park.

But Lord Evans said he did not think security services were “losing the race” despite the spate of horrifying events this year.

“I don’t think we are losing the race; I think that it is a race and we have to keep moving forward rapidly unless we are going to slip back.

“There will be some capabilities that do get eroded and I think the widespread use of encryption has reduced the ability of the agencies and the police to access the content of materials.”

But he said he did not believe in weakening encryption because “there is a parallel issue which is cyber security more broadly”.

“I think the way in which cyberspace is being used by criminals and by governments is a potential threat to the UK’s interests more widely and it’s very important that we should be seen and be a country in which people can operate securely – I think that’s very important for our commercial interests as well as for our national security interests.”