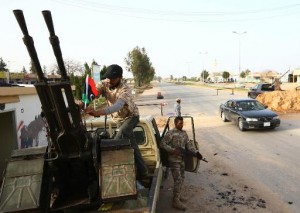 Islamist militia coalition Libya Dawn on Saturday rejected a call by special UN envoy to Libya Bernardino Leon to take part in a dialogue to end the ongoing crisis in the country.

“Libya militias strongly reject Leon’s call. This call must stop and the leaders must not comply with it, as it aims to increase division between the rebels and the leaders and weaken them for the benefit of the coup,” a statement by the information office of Libya Dawn militias said.

Leon confirmed last week his intention to invite leaders of the armed factions to participate in a dialogue session in parallel with a dialogue held in Morocco.

He said that the dialogue was aimed to discuss security arrangements for a cease-fire, along with the withdrawal of the armed militias from the cities.

Libya, a major oil producer in North Africa, has been witnessing a frayed political process after its leader Muammar Gaddafi was toppled during the 2011 political turmoil.

The capital city of Tripoli fell to Libya Dawn last August. Libya Dawn established its own government to confront the internationally recognized one, currently in exile in the eastern town of Tobruk. The country is now deadlocked in a dogfight between the pro-secular army and Islamist militants.

The UN has brokered several rounds of dialogues between the opposing parties since September, but clashes remained despite a truce agreed on by factions.