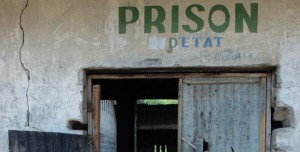 Islamist militants attacked a prison in the town of Niono in central Mali overnight and freed all the prisoners, officials said on Tuesday.

Militants based in northern Mali have staged a series of high-profile attacks since 2015, extending their campaign beyond their desert camps into the central and southern regions of the country and the capital.

“Dozens of prisoners escaped. The army was able to catch some and is launching a pursuit,” said Defence Ministry spokesman Abdoulaye Sidibe.

Army spokesman Diarran Kone said the attack bore the hallmarks of followers of radical Islamist preacher Amadou Koufa. It was unclear whether there were any suspected jihadists in the prison.

Last month, gunmen broke into another prison in southern Mali with the aim of releasing two inmates who had already been moved, authorities said.

Islamist groups hijacked a separatist Tuareg rebellion in 2012 to seize towns in Mali’s vast desert north. French forces drove them back a year later, but they have since reorganized, and in recent months launched dozens of attacks.