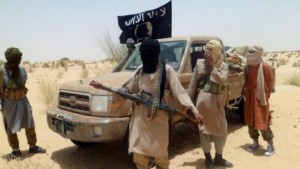 The Malian Islamist rebel group Ansar Dine claimed it carried out a series of attacks against UN peacekeepers and Malian army targets in the country’s capital, Bamako, and border areas near Ivory Coast and Mauritania.

Fighters from Ansar Dine allied with other Islamist fighters helped seize Mali’s desert north after a Tuareg uprising in 2012 but were ousted by a French-led military operation a year later.

However, Islamist militants have intensified operations this year, attacking parts of the country’s west and south previously seen as secure and raising regional fears of a spillover in violence.

A statement sent to the Mauritanian website Alakhbar, which frequently publishes messages from Islamist groups, said that Ansar Dine claimed responsibility for an attack on the western Malian town of Nara on June 27. Mali’s defense ministry said 12 people were killed in the attack.

“God helped Islam’s youth to carry out several actions in 2015 against the Malian army,” the statement said. It was published on Sunday.