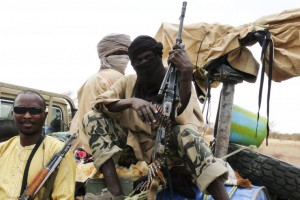 Islamist extremists in Mali are attacking small villages in the southern part of the country in a fresh effort to hold ground. Jihadists linked to al Qaeda on Sunday attacked and briefly held the small Malian village of Fakola near Ivory Coast, the Associated Press reported. A government statement posted Monday on Facebook said the army deployed troops to the area to hunt down the jihadists, but they have yet to be captured.

Despite an active French counterterrorism force in the country, extremists in the last two months have carried out at least five verified raids on government buildings and military outposts, adding to an already well-established offensive in the center of the country.

According to local media reports, the fighters carried an Islamist flag and entered the village on motorcycles. They attacked a town hall and a police station, and burned administrative buildings. No casualties were reported.

“The government of the republic of Mali strongly condemns these barbaric attacks aimed at sabotaging the actions for peace and stability in Mali,” the statement said. “The government asks the population to remain calm and cooperate with the defence and security forces in their fight against terrorism.”

The attack on Fakola came just one day after gunmen attacked a military camp in western Mali near Bamako, leaving 12 people dead, including three soldiers and nine attackers, the defense ministry said. A source in Mali’s intelligence service said the gunmen were Islamic militants from the Peul ethnic group and are linked to Ansar Dine, one of the groups that took control of northern Mali following a military coup in 2012, the Associated Press reported.

Ansar Dine is led by Iyad Ag Ghaly and is suspected of having links to Al Qaeda in the Islamic Maghreb, which is led by Ghaly’s cousin. Ansar Dine wants to impose Sharia law across Mali.

Al Qaeda and its affiliate groups are active across the country and are armed with heavy weapons. About 49 U.N. peacekeepers have been killed by the militants since 2013, according to U.N. estimates, making Mali the most dangerous U.N. mission in the world.

Sunday’s attack on Fakola, which is about 190 miles south of Mali’s capital of Bamako, marked the second time in one month that jihadists targeted villages close to Ivory Coast.