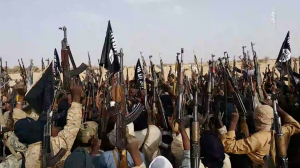 Members from the United Nations Security Council are visiting the Sahel this weekend to push for stability. Violent attacks increased eightfold in the region between 2015 and 2020, like reported by mnnonline.org.

“It’s being [called] ‘Africa’s Afghanistan’ because the French soldiers occupying [the region] and keeping some levels of peace are starting to withdraw,” Voice of the Martyrs Canada CEO Floyd Brobbel says.

France announced this summer it would withdraw 2,000 troops from the Sahel region by early 2022. Approximately 5,000 French troops are deployed across five countries under Operation Barkhane.

“More attacks” coming
Tribal tensions, fewer natural resources, and rising extremism create a “perfect storm” of instability in the Sahel. As described here, Islamists use this chaos to their advantage:

“West Africa is particularly vulnerable to extremism and provides fertile ground for jihadist groups to expand, given the combination of weak governance institutions, limited state capacity, corruption, widespread poverty, and ethnic tensions. … As the Sahel region becomes the latest scene for jihadist infighting, this has serious implications not just for jihadist operations against local and foreign troops, but more importantly for local civilian populations.”

These Islamists hunt for Christians and other religious minorities in every territory they enter.

“As they (extremists) gain more influence in the area, we certainly will see more attacks on Christians and churches.”

Ask the Lord to protect His followers in the Sahel. Pray many will choose to stay in the region.

“We need to be praying for the Church, that the Church would be resilient in the midst of such attack. [Pray] those that stay in the region will continue to be salt and light and bring the Gospel forward,” Brobbel requests.

“People that were so opposed to the Gospel, once they get a copy of the Gospel and start reading what it says, we see [them] giving their lives to Christ.”