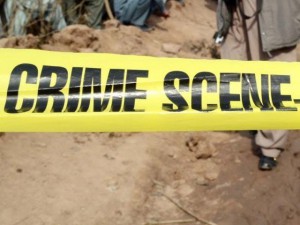 An explosives expert from a banned Islamist group was killed in Bangladesh today when he detonated a device while security forces searched for weapons in one of the group’s hideouts, police said.

Police said Mohammad Javed, 24, was an explosives expert with the Jamayetul Mujahideen Bangladesh (JMB), an outlawed group blamed for a series of deadly blasts in 2005.

The death comes amid heightened tension in the Muslim majority nation after an Italian aid worker and a Japanese farmer were shot dead last week with the Islamic State organisation claiming responsibility.

Police said they arrested Mohammad Javed and four other JMB militants on Monday and seized a cache of weapons from a hideout in the port city Chittagong.

“Early Tuesday morning we took Mahammad Javed to conduct a search for more weapons at the city’s Kuaish area where he exploded a grenade. He was injured and died,” Chittagong’s deputy police chief Kusum Dewan told AFP.

He said Mohammad Javed was the “regional head of JMB’s explosive unit”, which has been trying to regroup after it was severely weakened in an anti-militant crackdown.

The JMB killed at least 28 people in 2005 when they carried out a series of bomb attacks on courts.

Bangladesh prides itself on being a mainly moderate Muslim country but the gruesome killings of four atheist bloggers this year have rocked the nation.

After the murder of foreigners, international schools closed temporarily and Western embassies restricted their diplomats’ movements, while Australia’s cricket team cancelled a planned tour due to security concerns.