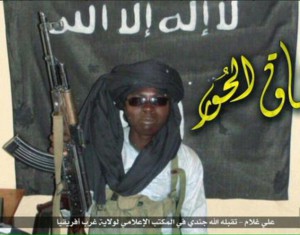 The UNHCR Commissioner, Filippo Grandi, said while launching the initiative in Yaoundé that the Boko Haram crisis caused one of the largest displacements on the African continent.

“This is one of Africa’s largest displacement crisis and the world cannot afford to brush it under the carpet,” he said, according to the UN Secretary-General’s office.

The UNHCR chief will visit refugees and internally displaced persons in Nigeria in the coming days.

“The suffering and desperate conditions in the Lake Chad region are among the harshest I have seen.

“Refugees, returnees and host communities who have survived violence and trauma by the Boko Haram insurgency urgently need help,” he said.

More than half of the funds, $154.29 million, will be allocated to refugees in Niger, with $67.25 million for operations in Cameroon and $19.61 million for those in Chad.

While security in the host countries has improved, refugees remain insufficiently protected, lack durable shelter, food, and health care, are facing malnutrition, and need access to water, sanitation, and hygiene as well as education and a means of livelihood.

Environmental damage is also an issue throughout the host countries.

Stepped up funding from the international community is essential, particularly because the situation remains unpredictable and there are no immediate prospects of a resolution or an opportunity for return.

The UNHCR chief urged the international community to invest in development programmes for refugees and the host communities.

During his field visits, Mr. Grandi noted the innovative developments taking place to benefit both groups of people, including gas distribution projects in Diffa, Niger, and boats for fishing communities in Baga Sola, Chad.

“The UNHCR is, therefore, urging humanitarian aid agencies to work with governments in order to reach more people in need and calling for urgent funding so that such work can continue.

“Separately, aid groups in the region are seeking more than one billion U.S. dollars from donors in order to support some 1.8 million people within Nigeria.”