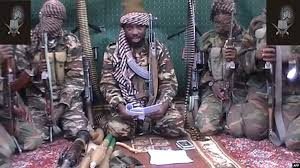 They advocated the involvement of Muslim clerics in the war against Boko Haram. While the Borno Governor believes that with prayer, God could deploy Angel Gabriel and the hosts of heaven to smoke the insurgents out of their holes, Buratai’s position tilts more towards the pre-emptive approach of ideology or indoctrination.

The two men will be ranked in history along with men like Sun Tzu, author of Art of War and Carl von Clausewitz, a Prussian general and military theorist who wrote the classic, On War. While Clausewitz argued that war “is the continuation of politics by other means,” Buratai and Zulum also advocated that religion is a continuation of war by other means! Let us start with the latest. On 6 October Governor Babagana Zulum of Borno State engaged 30 clerics from Saudi Arabia to pray over the insurgency in the North East, especially, Borno the epicentre.

Zulum, a professor of Soil and Water Engineering at the University of Maiduguri before he became governor, interacted with the devotees on 5 October at the Ka’aba, the Islamic holiest place located inside the grand Al-Haram mosque in Makkah, expressing gratitude and seeking continued prayers. He told the devotees: “Rather than sending anyone, I am here, on behalf of the good people of Borno. I thank you so much for your empathy and the compassion in devoting yourselves to prayer for us every day at the Ka’aba which, for us as Muslims, is the most sacred place. We need prayers more than ever before; we are handling our problem from different approaches. Prayer is key to everything that we seek. We will continue to seek prayers from many fronts.

“We will keep supporting our clerics of different faiths in Nigeria for prayers and we will seek the same from all of you that are always here around the holy Ka’aba. I beg you; continue to pray for us towards achieving three things: first, for us to regain peace in Borno State, the North and Nigeria in general. We will have to continue to pray on a permanent basis because we need peace to be sustained. Secondly; we need prayers for us to achieve our ambitious plan for Borno State; and lastly, for Allah to make us remain focused and not to get carried away by power.”

In a statement signed by his image-maker, Isa Gusau, Zulum signed the agreement with the selected persons “who are residents of Makkah, to permanently offer daily ‘Dawaf’ (circumambulation of the holy Ka’aba), to offer a prayer for the return of sustained peace in Borno and the country.” He revealed that the men of God hailed variously from Borno, Katsina, Zamfara, Kano and parts of the northwest and they had been “spending hours at the Ka’aba daily for the purpose of worship.” One of them, as Gusau wrote in his press statement, had “been a Ka’aba devotee in the last 40 years.”

Guasau wrote further: “The critical move is aimed to combine different approaches that include sustained support for the Nigerian Armed Forces, aggressive mass recruitment and equipping of more counter-insurgency volunteers into the Civilian Joint Task Force, hunters and vigilantes as well as socio-economic approach to enhance access to education, job opportunities and provide other means of livelihood through social protection initiatives.”

Buratai, on the other hand, in a speech delivered on his behalf by Chief of Administration, Maj. Gen. Sani Yusuf on Monday, 30 October, submitted that insurgency cannot be stopped alone by the military “unless religious bodies and organisations in the country come to the forefront of the spiritual battle.”  It was at a spiritual warfare seminar at the Nigerian Army Resource Centre, with the theme, ‘Countering insurgency and violent extremism in Nigeria through spiritual warfare.’ However, Buratai advised Islamic and Christian clerics to join the fight “against terrorism and reorient the people against negative ideologies.” In his words: “It is easier to defeat Boko Haram and ISWAP terrorists than their ideology because while we degrade the terrorists and there havens, the narrative of the ideology grows the group.

Therefore, communities, families and groups should join in the fight and narratives to reject and prevent the ideologies of the terrorists and extremist groups. Religious bodies and organisations in particular, which interface regularly with the grassroots, should be at the forefront of this spiritual battle and fashion out ways of stepping up their roles. “It is a well-known fact that terrorism and terrorist groups cannot be totally eliminated by mainly military actions.

This means focusing our efforts on the underlying narratives through ideologies employed by these terrorists to lure innocent citizens into their fold. The need to defeat the ideologies of Boko Haram and ISWAP is based on the awareness that it is the ideologies that enhance their resources and help to recruit new fighters to their fold and as such, kill their ideology and the terrorist movement withers and dies.” Here is the difference between what Zulum and Buratai stood for.

While the former advocated contemplative meditation and prayers, the Army Chief wanted clerics to target the area of ideology or indoctrination. Buratai’s position sounds more plausible for many reasons. The heart is from where every act originates and it is what comes out of the abundance of that organ that defines a man. That is why a man can be brainwashed to tie a bomb on his own body, go to a market place and blow himself and innocent persons into smithereens, his boldness made possible by the reward of heavenly bliss, complemented with beautiful virgins!

On education, whether it is Western or Arabic, I wrote that it could be misdirected as was the case in the formative years of Osama bin Laden, the late leader of al-Qaeda, the international terror group that operated from the Middle East but caused mayhem in far-flung places. ‘As a pupil of Al-Thagher Model School, in Jeddah, Saudi Arabia, young Osama was indoctrinated by his Physical Education teacher, a Syrian. It was a time when King Faisal of Saudi Arabia needed expatriate teachers and some of those Muslim Brotherhood members, driven into the four winds by President Gamel Abdel Nasser of Egypt, became useful.

After school, the man would gather the pupils, in the name of sports, to recite the Quran and narrate some parts of the Hadith. Then the man would veer off tangent and delve into some stories that were not parts of the teachings of their religion. One of such narratives is entitled, “A Boy Who Found God.” Steve Coll, in his New Yorker magazine piece, entitled “Young Osama”, wrote that there was this righteous and brave boy who wanted to please God.

Since his father stood between him and quest for God, the teacher explained how the boy procured a bullet, loaded the gun, and made a plan. Strategically, the teacher would deliver the punch line: “Finally, the boy shot the father. Lord be praised.” The pupils’ eyes would now be as wide as saucers, and as I wrote earlier, the faces of young demons in the making! Such instances of indoctrination abound in the Middle East and they happen during the impressionist age of school pupils. This reminds me of a Palestinian teacher in one of Leon Uris’ novels (Hajj or Exodus, I am not sure now).

In an Arithmetic class, he asks the pupils: “If a Palestinian kills five out of six Zionists, how many Zionists do you have left?” The children would chorus “five Zionists”. It was a subtle way of brewing anti-Jew hate in the minds of Palestinian kids. And it worked. I concluded that piece this way: “In Nigeria, therefore, it is not enough to build educational infrastructure.

Parents and governments at all levels must monitor what teachers, pastor and Islamic clerics pack inside the brains of their wards in the western schools, churches and the various madrasas in the North. When you give all children (not only sons and daughters of emirs and chiefs) good education, you have provided a level playing field for wealth creation. Moreover, government should create more jobs to close the gap between the rich and poor.”

It is my humble submission that those criticising Buratai are uncharitable; they should revisit the speech read on his behalf. The man acknowledged how strong ideology and religious doctrines could breed monsters and warmongers. Buratai did not say he would not be brutal against Boko Haram the way President Muhammadu Buhari (as he told this magazine in 1993), gave the Chadian rebel, Hissen Habre, “a bloody nose” when he invaded part of Nigeria’s territory.