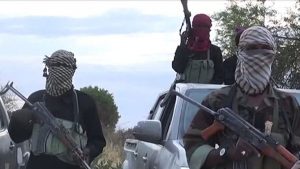 Ali Ndume, a senator and chairman of the Senate Committee on the Army, said at a program he was attending in Maiduguri that members of the terrorist group killed 75 elderly people in the town of Gwoza in Borno state.

Noting that the people of Gwoza are in danger due to attacks by the terrorist group, Ndume said that “even as a senator, I still can’t go to Gwoza because it’s not safe.”

The security forces do their utmost in the region, but people die there every day and the situation is very bad in the area, he said.

He said that apart from the attacks, the people of the region faced hunger and that the situation would worsen if there were no NGOs.

More than 50,000 civilians and security personnel have been killed and about 3 million people displaced in over a decade of Boko Haram terror attacks in the country’s northeast.