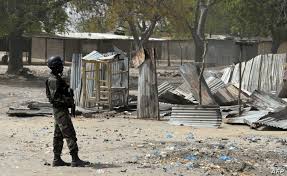 Boko Haram fighters reportedly killed at least 16 people during an attack on a displaced persons camp in northern Cameroon on Sunday, according to ripplesnigeria.com.

A government official in the Central African nation confirmed the attack to journalists in the capital, Yaounde.

The jihadist group has launched several attacks in Cameroon and other countries in the Lake Chad region including Chad and Niger in recent years.