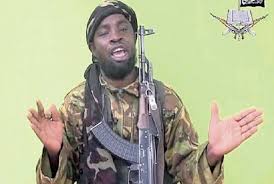 According to conventional wisdom, the insurrection based in northeastern Nigeria and the Cameroon known as Boko Haram comprises at least three large factions, and there may well be more, like reported by cfr.org.

One, perhaps the largest, is led by Abubakar Shekau, who is considered the “face” of Boko Haram because of his frequent internet videos depicting executions. He is associated with violence against “apostates,” or those Muslims who do not subscribe to his particular theology and who do not accept his leadership. In 2015, he swore allegiance to the Islamic State. The following year, however, the Islamic State announced that the leader of its “West African province” was Abu Musab al-Barnawi. Shekau’s current relationship with the Islamic State would appear to be ambiguous, even though, for his part, he has not publicly recanted his 2015 oath.

A second faction appears to be headed by al-Barnawi. He is identified in the media as the second son of Mohammed Yusuf, the malam who founded Boko Haram and who was killed by the Nigerian police in 2009. A third is associated with Mamman Nur, who is a Cameroonian by birth and appears to have close ties to al-Qaeda.

The three factions share murderous opposition to the Nigerian state, while the principal point of division among them appears to be the killing of Muslim “apostates.” This is opposed by al-Barnawi and Mamman Nur, and advocated by Shekau. As for the differences between al-Barnawi and Mamman Nur, the former is associated with the Islamic State, and the latter with al-Qaeda. Doubtlessly there are other differences as well. Relations among the three factions are obscure. While they may cooperate, this does not meant that they will necessarily abandon their murderous ways.

Nigerian domestic and expatriate media outlets are now publishing stories that Abdulkadir Abubakar (also known as Abu Muhammad), the former chief of Boko Haram intelligence, is claiming that the al-Barnawi and Mamman Nur factions are prepared to negotiate with the Nigerian authorities. The goal, he says, is to end the insurrection and to destroy Abubakar Shekau.

There have been similar reports before that factions within Boko Haram were prepared to enter negotiations with the Nigerian government, so these current claims should be met with a degree of skepticism. Abubakar’s statements have a willing audience: according to the Nigeria Security Tracker, Boko Haram operations have escalated over the past two months, so most Nigerian would welcome the prospect of negotiations that might end the insurgency. As a prisoner, Abubakar’s statements are, of course, filtered by the security services. Nevertheless, it is credible that there is a fault line with Boko Haram between those who advocate the killing of “apostates” and those who oppose it.

Abubakar was captured by the security services in 2016 and they claim that he is now “cooperating” with them. According to Nigerian media, he claimed he provided the intelligence that led to the kidnapping of the Chibok school girls and numerous other, high profile Boko Haram operations.