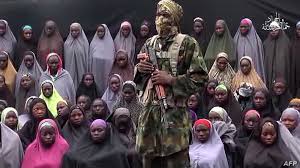 Islamist militant group Boko Haram has claimed it abducted the hundreds of school students in northwest Nigeria last week, like reported by rte.ie.

“I am Abubakar Shekau and our brothers are behind the kidnapping in Katsina,” said the leader of the group which was also behind the 2014 abduction of hundreds of schoolgirls in Chibok, in a voice message.

Nigerian authorities have stepped up efforts to rescue students abducted by armed men who raided their school and its hostels on Friday.

UN children’s agency UNICEF condemned the assault on the school in Katsina, the home state of President Muhammadu Buhari.

Gunmen on motorcycles stormed the Government Science School at Kankara late on Friday and engaged security forces in a fierce gun battle, forcing hundreds of students to flee and hide in surrounding bushes and forest.

State governor Aminu Bello Masari, who visited the school, said soldiers were working to locate and free the hostages.

“Soldiers are currently in the bushes fighting the bandits. We will do all we can to ensure all the abducted children are reclaimed,” he said.

Mr Masari said it was still not clear how many students were “in the hands of the bandits” and how many had managed to escape.

“The school has a population of 839 and so far, we are yet to account for 333 students,” Mr Masari said.

Katsina is among several areas in northwest Nigeria that have been repeatedly attacked by “bandits” who kidnap for ransom and rustle cattle.