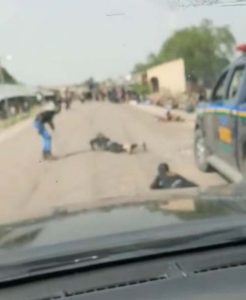 At least nine people were reportedly killed in northeastern Nigeria on Sunday when Boko Haram terrorists targeted a convoy belonging to Borno state’s governor, like reported by aa.com.tr.

According to local reports, members of the terrorist group attacked the convoy of Governor Babagana Zulum on Gajiram-Monguno road, killing seven soldiers and two civilians.

Zulum escaped uninjured, but it was the third time he had been attacked by Boko Haram terrorists in the last three months.

More than 30,000 people have been killed and nearly 3 million displaced in a decade of Boko Haram’s violence in Nigeria, according to the UN Office for the Coordination of Humanitarian Affairs.

According to the UN Refugee Agency, violence by Boko Haram has affected 26 million people in the Lake Chad region and displaced 2.6 million others.