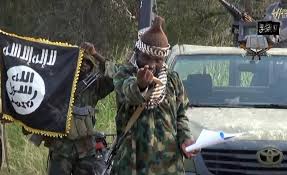 The IOM said the new figure covered internally displaced people (IDPs) in the northeastern states of Adamawa, Bauchi, Borno, Gombe, Taraba and Yobe as well as the central state of Nassarawa and Abuja.

It urged the government as well as the international community to step in quickly as many were in dire need of food and shelter.

“Many IDPs, especially in host communities, have yet to receive basic items including food and shelter,” Enira Krdzalic, IOM Nigeria Chief of Mission said, according to AFP.

The IOM said the majority of those displaced (92%) now live in host communities while the remainder live in camps or camp-like sites.

But Manzo Ezekiel, spokesman for the state-run National Emergency Management Agency (NEMA) said the agency was already aware of the increase in IDPs and denied this was solely due to the upsurge in Boko Haram attacks.

“We are aware of the new figure of 2.1 million displaced people but it should be noted that there were other factors that brought about the increase apart from the Boko conflict,” he said.”We have people displaced by communal violence in several states like Nassarawa and Taraba included in the figure,” he said.

Ezekiel said there were also thousands of Nigerians who fled the country but were just returning home.