You are here: Home / Europe / Islamist attack was imminent, possibly on Vienna underground 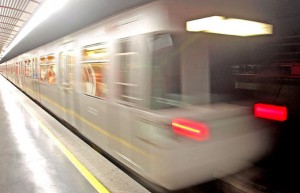 Police foiled an imminent attack, possibly on the Vienna underground, when they arrested a radicalized 18-year-old, an official with the Austrian Interior Ministry said on Saturday to eblnews.com.

There were “indications that such an attack was planned and just about to happen,” Konrad Kogler, the ministry’s general director of public security, told Austria’s ORF radio on Saturday.

The explosion of a bomb in the underground was “one of the possible scenarios,” he added.

The authorities have warned people to be particularly vigilant in crowded places.

Initial investigations indicated that the young man arrested on Friday evening, an Austrian of immigrant heritage, had been radicalized by Salafism, an ultra-conservative strand of Sunni Islam.

“There is evidence suggesting that the suspected was planning an imminent attack in Vienna that was motivated by terrorism,” a spokesman for the ministry said.

He said the young man had recently been involved with radical Albanian Islamists. Interior Minister Wolfgang Sobotka said the man, known to police as a petty criminal, came from the “Albanian milieu.”

Police said they had been warned about the planned attack by friendly foreign intelligence agencies.

Sobotka said the suspect had been to Germany once and had been under surveillance in the past few days. He assured people there had been no risk to the public.

The young man is being held in detention under suspicion of belonging to a terrorist organization.

Searches since Friday in Vienna and Lower Austria, the state which surrounds the capital, turned up mobile phones and other material which police have seized.

Authorities have said it will take some time to assess the items.

Further arrests could take place depending on the investigations.

Police said there would be an increased presence of uniformed officers in busy areas.