You are here: Home / Europe / Islamic terrorist cells found in 17 Russian regions in 2019 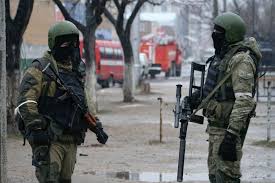 Secret cells were neutralised in Moscow as well as 16 regions in the south, centre and east of Russia, Ilyinykh said, according to the “Politsiya Rossiyi” journal (“Russian Police”).

Earlier this year, the Russian Federal Security Service (FSB) exposed a secret Daesh cell in Moscow that was controlled by foreign emissaries and comprised citizens of Russia, Central Asia, and Caucasian republics.

The Interior Ministry and the Federal Security Service have discovered 972 terrorist crimes in the first six months of 2019.