You are here: Home / Europe / Islamic terrorist attacks in Europe could be a single operation 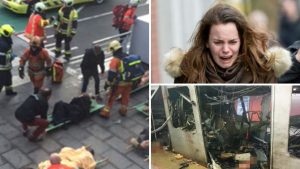 The Belgian Attorney General”s Office reported today the possibility that several terrorist attacks that took place in the European Union area in recent years could be part of a just one single operation by the Islamic State, like reported by plenglish.com.
During a radio interview, Belgian Federal Prosecutor Frederic Van Leeuw highlighted today the progress made in the investigation into the issue and is carried out mostly in Belgium.

‘We realize that in deed, the events as the extremist cell dismantled in the city of Verviers, the attack yesterday on the train Thalys and the Paris and Brussels events are connected,’ the prosecutor explained.

Van Leeuw said it was early to announce ‘the names of the leaders that organized these attacks.’

In Verviers, a locality near Lieja, they dismantled a terrorist group on January 15, 2015, just before carrying pout an attack against police agents. It was reported that this cell was preparing other actions in Belgium.

In August, 2015, a man opened fire on the high-speed train Thalys, which covers the Amsterdam-Bruselas-Paris route.

According to Van Leeuw, the passing of time ‘complicates things for the investigators, because there are even telephone data that we cannot access anymore.’