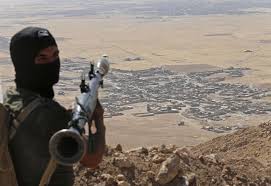 Islamic terrorism trends in Central Asia suggest that the region is shifting from primarily an exporter of foreign fighters to one where domestic and regional terrorist attacks may become increasingly more common, like reported by thecipherbrief.com.

Uzbekistan and Tajikistan are two of the countries that have produced the largest number of foreign fighters per capita: 1,500 and 1,300, respectively. Yet, the region has mostly been spared from terrorist attacks and, instead, religious extremists travel elsewhere. The diaspora has produced several attacks with deadly consequences: the Stockholm and New York truck attacks, the St. Petersburg Metro bombing, and the New Year’s Istanbul night club shooting are but a few examples of attacks perpetrated by foreign fighters from Central Asia. Authorities and security services worldwide are fearful of similar attacks in the future.

The days of the region being somewhat immune from terrorist attacks may, however, be numbered. The re-capturing of territory in Iraq and Syria from the so-called Islamic State, the recent terrorist attack in Tajikistan that claimed the lives of four foreign nationals (including two Americans), and the increasing level of violence in neighboring Afghanistan are all factors that, taken together, could signal a re-focusing by Salafi-jihadist groups on Central Asia, long home to a broad patchwork of militants with regional and global connections. Analysts have observed that IS is re-locating much of its operational space to Afghanistan, through its affiliate ISKP, or the Islamic State Khorasan Province. The IS franchise is already proving attractive for many of the Central Asian foreign fighters, especially given the presence of groups including Jamaat Ansarullah and Islamic Jihad Union (IJU), predominantly or exclusively made up of Central Asian nationals. In addition, the porous border between Afghanistan and Tajikistan, which is already used for drug trafficking and other types of illicit smuggling, coupled with the ability to easily obtain false identity documents and arms in the region, increases the likelihood of foreign fighters returning to set up operational cells inside Central Asian states, especially in the ungoverned Fergana Valley portion of Tajikistan and Kyrgyzstan.

The Central Asian states’ blueprint for eradicating domestic terrorism is also the main driver of radicalization. Strict state control of religious practices, poor socio-economic forecasts, discrimination against minority populations, and curbing political opposition in the name of terrorism have long been significant factors driving radicalization and extremism in Central Asia. The trends have coalesced to produce the large numbers of foreign fighters from the region. By building a close relationship with China, Central Asian states are trying to solve the issue of providing more socio-economic opportunities for their domestic populations. Thousands of Central Asians travel abroad in search of work and become radicalized while living elsewhere, including in Russia, where they lead lives of isolation and hardship while toiling as economic migrants. Through investments from Beijing’s Belt and Road Initiative, the hope is that the region will undergo a much-needed economic revival. Beijing’s own track-record of using the threats of terrorism, religious extremism, and separatism in order to silence political opposition could prove counterproductive to the Sino-Central Asian relationship.

As the Central Asian states are growing closer to China, increasingly draconian practices are being adopted and diffused, exemplified by the recent extradition treaty between Beijing and states in the region, which must be careful not to adopt similar widespread practices as China has with its Uighur population. In northwest China, untold numbers of Muslims have been sent to detention camps for ‘re-education,’ while many others have simply disappeared. The remaining population has been subjected to intense surveillance by the Chinese security services. Instead, states should focus their efforts on building resilience in vulnerable communities to mitigate the possibility that returning foreign fighters will find safe-havens in the region. Otherwise, it may only be a matter of time before the Central Asian states find themselves with a terrorism threat they have never experienced before and an inability to prevent spillover violence or control the spread of terrorism throughout the broader region.