You are here: Home / Senza categoria / Islamic terrorism in the West in 2017 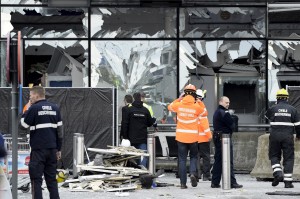 As 2016 comes to a close, several trends that have had enormous impact on the level of terrorism over the last year show no signs of abating. These trends— persistent wars in Afghanistan, Iraq, Syria, Yemen, Nigeria, and elsewhere; unprecedented numbers of refugees and internally displaced people; and slow economic growth—took years to reach their current critical mass, and will take even longer to resolve. As the consequences of these negative trends continue to compound the effects of each other, 2017 could bring significant and far-reaching political and societal reactions in western Europe, with upcoming elections in the Netherlands, France, and Germany.

March 2017 will mark six years since the Syrian civil war began. The devastating conflict has destroyed much of the country, destabilized its neighbors, increased Russian and Iranian efforts for regional influence, and exposed the near-futility of UN efforts to broker peace. As Afghanistan has demonstrated, even once the major fighting comes to an end in Syria—which one side will call a ‘victory’ and the other will call a ‘pause’—it will undoubtedly give way to a simmering insurgency. Without comprehensive and lasting political and social resolutions to the underlying causes of the war, the threat of renewed mass conflict will persist through any potential tenuous peace. As difficult as it has been to bring an end to the major fighting in Syria, the post-conflict reconstruction of the country will be even more challenging.

Europe will continue to struggle with the pressures and realities of the refugee crisis in 2017. The migrant deal between the EU and Turkey struck in March 2016 has significantly reduced the number of refugees entering the EU irregularly. However, 2017 may bring the collapse of the already-shaky deal, as Turkey sees little chance of gaining concessions from Brussels given the tensions between all sides. While the refugee crisis has been used as a political wedge, it does raise very real concerns for the EU that political leaders cannot ignore. The outcomes of the three European elections in 2017—in the Netherlands, France, and Germany—will be heavily influenced by the threat and fear of terrorism, and how the refugee crisis feeds into both. The December 19 Berlin truck attack, in which the suspect is reportedly a Tunisian asylum-seeker, will have a large impact on these issues, as will any future attack. While a host of issues will drive European election results in 2017, the impact of terrorism and the refugee crisis on the prospects for serious electoral change cannot be overstated. Continued sporadic, yet devastating attacks will only exacerbate these tensions.

Given the so-called Islamic State’s demonstrated efforts to build operational networks in countries such as Belgium, France, and Germany, future attacks in the EU are an unfortunate likelihood. At the same time, under increasing pressure in its territory in Iraq and Syria, the Islamic State has continued its call for supporters in the West to attack wherever and however they can, rather than attempting to travel to the self-proclaimed caliphate. This dual threat of directed and inspired attacks—which have an increasingly blurred distinction—will persist throughout 2017. To counter the threat, EU law enforcement and security services must continue to employ a raid-intensive approach aimed to disrupt, rather than monitor, potential threats. In addition, ongoing efforts to increase and enhance intelligence gathering and information sharing throughout the EU will be critical in combating the sustained threat of terrorism in 2017.