You are here: Home / Europe / Islamic terrorism in Britain and the “Libya connection” 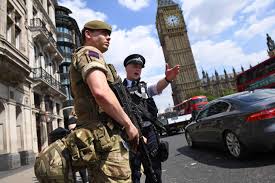 The recent terrorist attack in Reading highlighted the ongoing threat from Islamist extremism, and renewed questions about Britain’s extremism policies, like reported by eeradicalization.com.

There was some initial confusion about Saadallah’s motive, with issues of mental health being raised. This false dichotomy soon dissolved and Saadallah’s devotion to the Islamic State (ISIS) was made clear. What also became clear was that a Saadallah had been in contact with the British counter-extremism system—and slipped through the net. This has happened several times recently.

In February, Sudesh Amman was shot dead after he began stabbing people on a busy high street in south London. Amman had been released after being imprisoned for terrorism offences; he remained under surveillance and police had thankfully reacted before he could kill anybody. Police were unable to react so quickly in November when Usman Khan went on a rampage at London Bridge actually during a counter-extremism conference where Khan was a guest of honour, a purported example of the success the organizers claimed for their program. Khan killed two of these organizers, who had believed him to be a friend.

Saadallah had been referred to Prevent last year, flagged as a security risk because of his desire to go abroad to wage jihad against British interests. Saadallah had been on probation after a non-terrorism prison sentence at the time he carried out his attack. There has been an ongoing debate about the British counter-extremism and deradicalization programs since at least the time of Khan’s attack, of not before, and this latest case will bring further scrutiny.

There is another aspect to this story. Saadallah came to Britain from Libya in 2012 and was given leave to remain in 2018. As the London Times has highlighted, the issue of Libyan Islamists in the UK is a long-standing one. When the former regime of Colonel Gaddafi cracked down on jihadists in the 1990s and drove the Al-Qaeda-linked Libyan Islamic Fighting Group (LIFG) out of the country, much of its infrastructure ended up in Britain.

“Among the earliest LIFG arrivals in the UK had been Abu Anas al-Liby who was granted political asylum in the mid-1990s”, The Times notes. “In 1998, however, Liby was placed on the FBI ‘most wanted’ list after being implicated in the al-Qaeda bomb attacks on US embassies in East Africa.” Abu Anas, whose real name is Nazih Abdul-Hamed Nabih al-Ruqai’i, had written an Al-Qaeda handbook while in London, then travelled in 2011 to take part in the revolution against Gaddafi in Libya, where he was arrested by the United States in October 2013. Abu Anas died in custody eighteen months later.

The case of Abu Anas is indicative. A lot of LIGF-linked jihadists and other Libyan Islamists were allowed to flow out of Britain to Libya during the revolution. Another case is Mohammed Ammari, a politician now in Tripoli and supporter of the Al-Qaeda-linked Shura Council of Benghazi Revolutionaries, who was base in Britain for many years.

In the 1990s, the UK had a lax policy towards jihadists based in and around London so long as they directed their activities abroad, leading the French to criticise “Londonistan”. The UK government’s review of its policies in 2014 documented the danger of allowing the Muslim Brotherhood and other radical groups to preach and recruit, and some changes were made. But it is open to debate whether enough reforms were pursued.

The foreign dimension is perhaps even more stark. In May 2017, Salman Abedi blew himself up during a concert at the Manchester Arena and killed 22 people. Abedi had planned his attack with family in Libya and had familial links to the LIFG networks in Britain.

The use of Libya as an launch pad for ISIS and similar groups is a matter of increasing concern. As well as the Manchester attack, an ISIS attack in Germany was traced back to ISIS in Libya. This makes events in Libya with the recent Turkish intervention all the more concerning.

ISIS is on the rise in Libya, and disorder is spreading as the militias that form the Turkish-backed Government of National Accord (GNA) spread further east in the country. In addition to this chaos giving ISIS extra space to operate, there is the ideological concern. On the one hand, Turkey hosts figures like Sadiq al-Ghariani, a Muslim Brother and grand mufti of Libya, whose incitements got him banned even from Britain. On the other hand there are people like Abdul Hakim Belhaj, the former LIFG leader serving at the behest of Osama bin Laden, benefiting from Turkey’s role. Belhaj is now a politician in the GNA areas of Libya. Belhaj has in the past helped Syrian insurgents that were fighting alongside the Al-Qaeda-linked Jabhat al-Nusra. Turkey has now brought some of these former Syrian insurgents to Libya as mercenaries. Such a jihadi-friendly environment so close to Europe could pose a serious security threat.

The United Nations recently warned about Turkey’s use of Syrian mercenaries in Libya. There are child soldiers among these mercenaries, a human rights violation on its own, and further human rights violations have been committed by these forces, notably in Tarhuna a few weeks ago, when the GNA militias and other Turkish proxies killed and looted with abandon. This is not only pushing the prospects for peace further out of reach, despite offers such as that from Egypt, but is inflicting great risks on Libya related to the coronavirus pandemic, which the Libyans are not prepared to deal with.