You are here: Home / Analysis / Islamic terrorism, geopolitical competition and threats to stability in East Africa 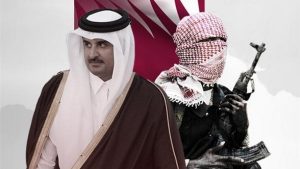 Qatar has recently been expanding its influence in Eastern and Central Africa. The record of the oil-rich Gulf state in this region so far makes this a cause for concern, like reported by eeradicalization.com.

Doha recently welcomed the International Monetary Fund’s (IMF) and World Bank’s decision to grant debt relief to Somalia. Through the Qatar Fund for Development, Doha has provided significant money, ostensibly for development projects, to the formal government of Somalia led by president Mohamed Abdullahi Mohamed. Mohamed’s government is very weak, and Qatar has used this to its advantage in gaining influence over it.

The Qatar Fund is supposed to be engaged in countering violent extremism (CVE) activity, and has been praised by the U.S. for such. But there are strong indications the Fund has been used to channel resources to Islamist extremists in countries such as Libya and Syria.

Whether through the Fund or not, Qatar has supported extremist and terrorist elements in Somalia as part of its campaign to drive out rivals like the United Arab Emirates. In May 2019, a bombing in Bosaso—claimed by the Islamic State (ISIS)—was in fact the work of Qatar. The New York Times acquired a telephone recording of Khalifa Kayed al-Muhanadi, a businessman close to the emir of Qatar, saying directly to the Qatari ambassador, “Our friends were behind the last bombings,” and that these attacks were meant to “kick out the Emiratis, so they don’t renew the contracts with [the Somali government] and I will bring the contract here to Doha”.

Recent evidence suggests that the intelligence service of the Mohamed government, the National Intelligence and Security Agency (NISA), has close links with Al-Shabab, the Al-Qaeda affiliate in Somalia. It is alleged that NISA and Al-Shabab have come together around the common interest of opposing Kenyan influence in Somalia. While this can sound conspiratorial, there are many previous instances—notably Algeria and Yemen—where the line between state and terrorists or insurgents has been very blurry. Since Qatar provides so much money to the Somali state, such as it is, and has its own wide-ranging intelligence network in Somalia, it has to be asked what Doha knows and how involved it is in any dirty tricks NISA is carrying out.

Beyond these shadowy manoeuvres, Qatar has also made more overt strategic moves in Somalia, including providing several-dozen armoured vehicles to Mohamed’s government and initiating the construction of a seaport at Hobyo on the Red Sea coast.

In Sudan, a democratic transition is underway, supported by the U.A.E. and Saudi Arabia, after the ouster of long-time dictator Omar al-Bashir in April 2019. Qatar had supported Al-Bashir to the end, and a stumbling block in the transition has been Qatar’s support for the remnants of Al-Bashir’s regime and other seditious elements.

Various political Islamists, notably the local manifestations of the Muslim Brotherhood, who were aligned with Al-Bashir’s regime, have received Qatari support, generally under the cover of “cultural projects”, and have made trouble during the transition period. Furthermore, in mid-April 2020, the Sudanese interim government found itself fearing a coup from officers around Army chief, Lt. Gen. Abdel Fattah al-Burhan, according to The New York Times, which noted that Al-Burhan is “backed by … Qatar”.

The methods Qatar has adopted in furthering its influence on the Horn of Africa and further inland, particularly when it comes to competing with perceived rivals like the U.A.E. and Saudi Arabia, are deeply troubling in themselves. But the apparent growth in Qatar’s power in the area is a concern beyond simply the states targeted. Qatar’s behaviour fosters instability that threatens the regional order, and is ultimately of concern to the whole international community.